Diversity and Contrast are my middle names this week. I am a huge fan of G.M. Malliet’s Max Tudor books, so I was delighted to buy this one as well. And let me say up front that I read and enjoyed it all in one day. But this is a case of the plot running the characters rather than the characters running the plot, in contrast to Malliet’s previous novels. Pagan Spring is about the death of an actor who’s retired to Nether Monkslip, where former MI5 agent Max Tudor is the Church of England priest. Thaddeus Bottle is the odious actor and playwright, and his wife Melinda runs to the vicarage to report her husband’s suspicious demise. Of course! For those of you who are fans of Max Tudor’s beloved Awenna, he thinks of her often during the book, but her return to the village close to the end of the book contains a real doozy of a conversation.

Christopher Golden’s Snowblind will not be on the shelves until JANUARY 2014. So I am jumping the gun; but this is a really wonderful horror novel, so put it on your to-buy list. The New England town of Coventry experiences an epic snowstorm one year, and during this terrible storm some truly awful things happen. People disappear without a trace, others are found dead in inexplicable ways, and lives are changed forever. Managing an ensemble cast with apparently effortless ease, Chris Golden lets a few years pass before another epic snowstorm begins to blow into Coventry . . . and suddenly, some of the people who vanished are back – in some form or other. I would not read this while it was snowing, I can tell you.

Jeff Guinn, a long-time journalist and the writer of two previous historical crime books (one about the gunfight at the OK Corral and one about Bonnie and Clyde) has really achieved something amazing with Manson. This highly-regarded work really is about Charles Manson’s life and how it was formed by the America he grew up in, the America that provided the backdrop for the terrible crimes that put him in prison for (effectively) his life. Guinn has succeeded in interviewing people who had never wanted to be included in any work about Manson before, including Manson’s sister and his cousin. He’s also talked to members of Manson’s created “family,” the ones who lived with him out in the desert. Guinn’s research makes Manson both more horrible and more understandable a figure.

I recently finished writing a book, the first in a new series. 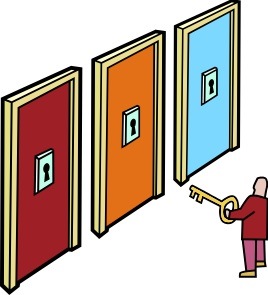 And then I finished it again. And again. Each time, I thought it was done. But it wasn’t. I hope this is the final time I close the door on “Midnight Crossroad.”

After years of writing in the first person, I made the insane decision that my next book would be an ensemble novel, told from several different points of view. It was a decision that was easy to make, because I was longing to do something different. I gloated over the flexibility this would give me in telling the story of a group of people in a small Texas town. What I hadn’t counted on was the sheer difficulty in making sure each chapter was in one voice.

I finished the first draft a little late, but I had had the first two thirds of the manuscript read by Toni L. P. Kelner (aka Leigh Perry) and Dana Cameron, who are my trusted readers. They reported a few voice problems, and a few logical issues, so I rewrote accordingly. I felt I’d solved my problems as I plowed through the rest of the book. I sent those rewritten 200 pages to my editor at Ace, because she needed to begin working on the cover material and a description for the catalogue.

When I finished the manuscript completely, I sent it to my agent (Joshua Bilmes) and his assistant, Sam Morgan. Joshua expressed overall happiness, but he had some major quibbles, to my shock and dismay (I always hope it will be perfect!). He let Sam get specific.

I was not sticking to a point of view. I should find some way of designating who was running with the narrative during the various parts of the story, and that POV had to prevail until the baton was passed.

That meant a reorganization of the book. EEEEEEEKKK!

But after some bitter reflections on pride going before a fall, I saw it had to be done, and quickly, because the book was QUITE overdue. I thought very hard, and began my revision. Three points of view. They didn’t have to alternate, but they did have to be consistent. That meant the bits of narrative written in other voices had to be redistributed and rewritten. My mental file cabinet began to overflow. 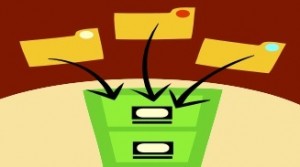 In this time, my granddaughter was born. That assumed high priority for a few days, but then the book got its claws back into me. Since my usual editor had a medical issue, I emailed Susan Allison at Ace to tell her that I would have the revised book on her desk (which now means “in her computer”) by Sunday afternoon at the latest.

And I sent it off Sunday afternoon. I never hit the SEND button with such gusto. I learned a lot in the writing of this book, after thirty-four years of writing books. The first thing was: Don’t be afraid to challenge yourself, but don’t be surprised if that challenge turns out to be hard and sometimes unpleasant. The second was: After you finish the book, let it sit for three weeks before you revisit it. Even longer would be better. In the lag time between version number two and version number three, the book was out of my scope while I did other projects. And it was wonderful how much more clearly I could see what needed to be done when I opened the “Midnight Crossroad” file again.

But gosh, I hope I don’t have to rewrite that book again.