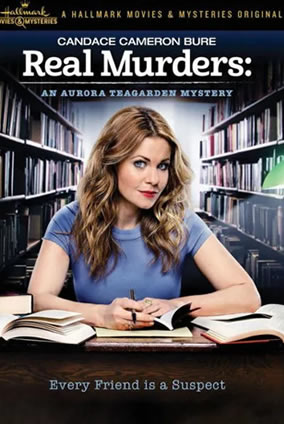 Lawrenceton, Georgia, may be a growing suburb of Atlanta, but it’s still a small town at heart. Librarian Aurora “Roe” Teagarden grew up there and knows more than enough about her fellow townsfolk, including which ones share her interest in the darker side of human nature.

With those fellow crime buffs, Roe belongs to a club called Real Murders, which meets once a month to analyze famous cases. It’s a harmless pastime—until the night she finds a member dead, killed in a manner that eerily resembles the crime the club was about to discuss. And as other brutal “copycat” killings follow, Roe will have to uncover the person behind the terrifying game, one that casts all the members of Real Murders, herself included, as prime suspects—or potential victims… 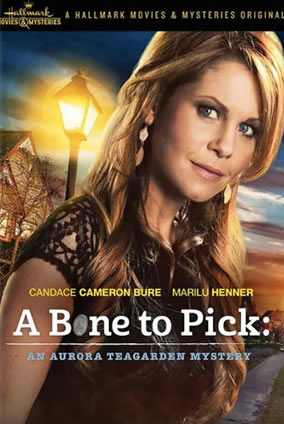 A Bone to Pick

Aurora “Roe” Teagarden’s fortunes change when a deceased acquaintance names her as heir to a rather substantial estate, including money, jewelry, and a house complete with a skull hidden in a window seat. Roe concludes that the elderly women has purposely left her a murder to solve. So she must identify the victim and figure out which one of her new, ordinary-seeming neighbors is a murderer- without putting herself in deadly danger. 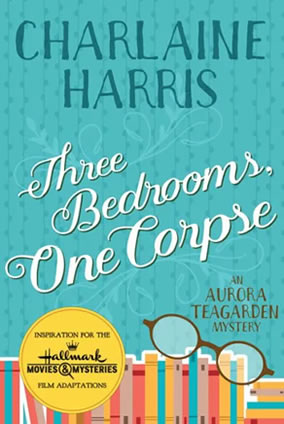 Delighted by a recent inheritance, librarian Aurora Teagarden turns her hand to real estate, but her new profession is threatened when she stumbles upon a corpse while showing her first house. By the author of A Bone to Pick. 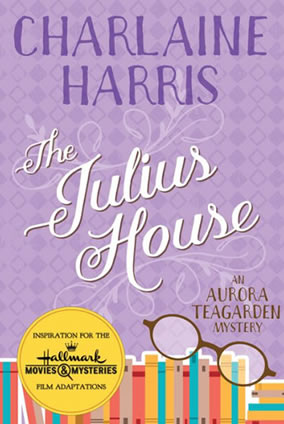 Aurora Teagarden’s new husband gives her a house as a wedding gift, but its history casts an ominous shadow over her marriage, and she soon fears she will meet the same fate as the family that disappeared from the house. 10,000 first printing. 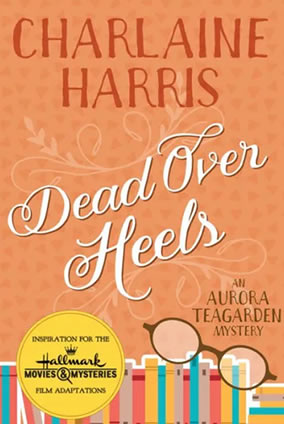 Aurora Teagarden surprises even herself with how quickly she’s settled in to domestic bliss with her new husband, Martin. But when the body of Roe’s nemesis, Detective Jack Burns, drops from an airplane to land in her yard, Roe once more finds herself involved in a mysterious death.

A Fool and His Honey

Charlaine Harris has charmed audiences recently with her noirish cozy series starring Lily Bard. Now she returns to her cozy roots with her first Aurora–Roe–Teagarden mystery since Dead Over Heels. Roe and her new and considerably older husband Martin are settled into their new life quite nicely when everything changes with the arrival of Martin’s niece Regina. The flighty Regina lands on their doorstep with a baby no one knew she was expecting, then disappears a few hours later leaving both the baby and her husband’s brutally murdered corpse in her wake. Roe and Martin must try to answer all the questions in this sticky case: whodunnit, why, and where (as in, Where the heck did this baby come from?). Fans of Roe’s earlier exploits and of Lily Bard will be delighted by Harris’ reprisal of the Teagarden series. 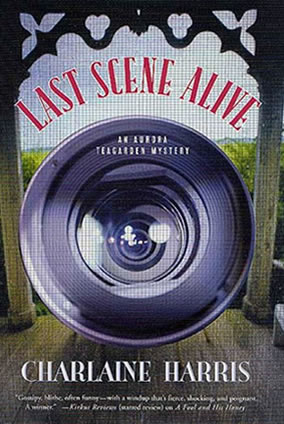 In the first installment of the Aurora Teagarden series, Real Murders, the small town of Lawrenceton, Georgia, was beset by a series of horrific murders. Librarian Aurora “Roe” Teagarden teamed up with true crime writer Robin Crusoe to catch the killer, and the results of their investigation have gone down in Lawrenceton history.

Now Robin is back in town, set to begin filming the movie version of the terrible events of so many years ago. Of course he’s not alone-he brings with him a cast and crew the size of which nearly overwhelms the tiny excitement-starved town. Roe is disturbed to discover that the film’s crew includes her stepson, who despises her, as well as an actress set to play her in the film. Everyone in Lawrenceton suddenly goes movie crazy, mentally composing awards-acceptance speeches while prancing around the fringes of the set awaiting discovery.

Roe’s not so crazy about the whole thing…and neither is a secret, vicious murderer. When bodies start dropping, it’s up to Roe to reprise her role as amateur sleuth and stop the carnage before it gets out of hand. It’s no problem for the beloved small-town librarian in this wonderfully cozy installment in the adored Aurora Teagarden mystery series. 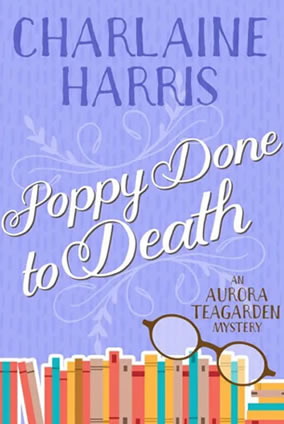 On the way to a lunch meeting of her local book discussion group, the Uppity Women, small-town Southern librarian Aurora “Roe” Teagarden is shocked and dismayed to find her sister-in-law Poppy lying bloody and dead right outside her own back door. Poppy had her flaws, certainly-she and her husband were having trouble staying faithful to each other-but she didn’t deserve to be so brutally murdered.

Investigating a case like this is never easy, of course, given the gossipy atmosphere of any small town, what with Poppy and her husband’s extramarital affairs, the local police detective (who also happens to be a former boyfriend of Roe’s) and his seemingly unresolved feelings for Poppy, and the need to protect Poppy’s family. But Roe is also coping with a burgeoning romantic relationship as well as the sudden appearance of her teenaged half brother. All in all, it’s a lot for one woman to have on her plate, even one as together as Roe.

Longtime readers and new fans alike will delight in Roe’s exploits as she employs her impeccable knowledge of small town politics and enchanting Southern charm to solve the crime in Poppy Done to Death, this wonderful installment of Charlaine Harris’ terrific cozy series. 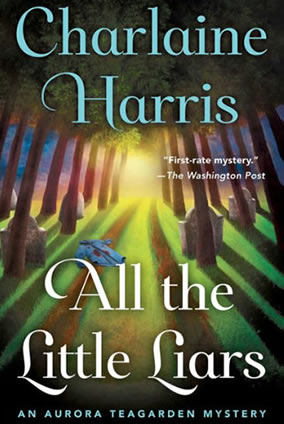 All the Little Liars

Is the truth hiding in plain sight? That is the question at the heart of All the Little Liars, the latest installment of Charlaine Harris’s fan-favorite Aurora Teagarden mystery series.

Aurora Teagarden is basking in her new pregnancy when disaster strikes her small Georgia town: four kids have gone missing from school―and her teenage brother, Phillip, is one of them. While the local police comb the county for clues, Aurora and her new husband, bestselling writer Robin Crusoe, begin their own investigation. Is Phillip’s disappearance related to Aurora’s father’s gambling debts? Or is Phillip himself, new to town and an unknown quantity, responsible for taking the other children? As days go by, it’s up to Aurora to find the answers to these disturbing questions before it’s too late for the missing―and she herself ends up in harm’s way. . . 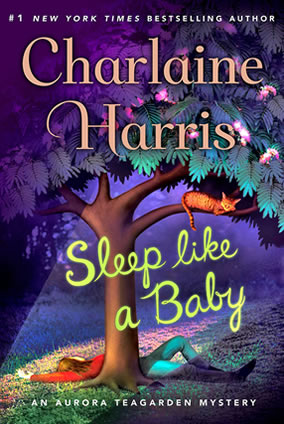 In Sleep Like a Baby, the latest installment of the #1 New York Times Bestselling Charlaine Harris’s Aurora Teagarden series, Robin and Aurora have finally begun their adventure in parenting. With newborn Sophie proving to be quite a handful, Roe’s mother pays for a partially trained nurse, Virginia Mitchell, to come help the new parents for a few weeks. Virginia proves to be especially helpful when Robin has to leave town for work and Roe is struck with a bad case of the flu.

One particularly stormy night, Roe wakes to hear her daughter crying and Virginia nowhere to be found. Roe’s brother Philip helps her search the house and they happen upon a body outside… but it isn’t Virginia’s. Now, not only does she have a newborn to care for and a vulnerable new marriage to nurture, Roe also has to contend with a new puzzle — who is this mystery woman dead in their backyard, and what happened to Virginia? This heart-pounding and exciting next installment of the Aurora Teagarden series will leave fans happy and hungry for more. 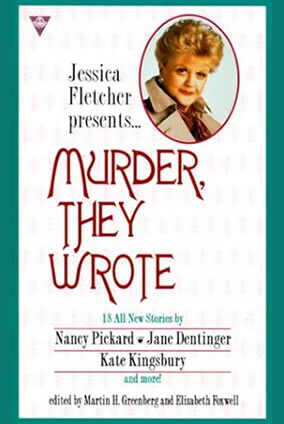