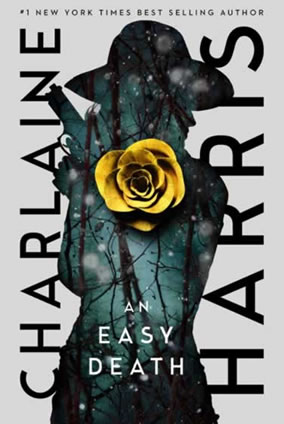 In a fractured United States, a new world where magic is acknowledged but mistrusted, a young gunslinger named Lizbeth Rose takes a job offer from a pair of Russian wizards. Lizbeth Rose has a wildly fearsome reputation but these wizards are desperate. Searching the small border towns near Mexico, they’re trying to locate a low-level magic practitioner believed to be a direct descendant of Grigori Rasputin.

As the trio journey through an altered America—shattered into several countries after the assassination of Franklin Roosevelt and the Great Depression—they’re set on by enemies. It’s clear that a powerful force does not want them to succeed in their mission. Lizbeth Rose has never failed a client, but this job may stretch her to her deadly limits. 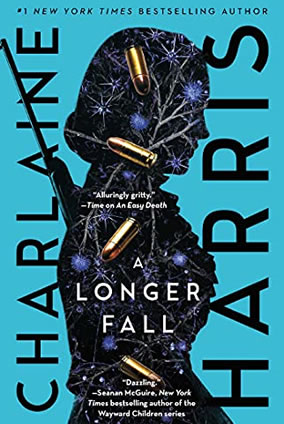 #1 New York Times bestselling author Charlaine Harris returns with “a gripping, twisty-turny, thrill ride of a read (Karin Slaughter) in which Lizbeth is hired onto a new crew, transporting a crate into Dixie, the self-exiled southeast territory of the former United States. What the crate contains is something so powerful, that forces from across three territories want to possess it.

In this second thrilling installment of the Gunnie Rose series, Lizbeth Rose is hired onto a new crew for a seemingly easy protection job. She is tasked with transporting a crate into Dixie, just about the last part of the former United States of America she wants to visit. But what seemed like a straightforward job turns into a massacre as the crate is stolen. Up against a wall in Dixie, where social norms have stepped back into the last century, Lizbeth has to go undercover with an old friend to retrieve the crate as what’s inside can spark a rebellion, if she can get it back in time.

“Another winning series from a sure-bet author” (Booklist) Charlaine Harris (Sookie Stackhouse mysteries and Midnight, Texas trilogy) is at her best here, building the world of this alternate history of the United States, where magic is an acknowledged but despised power. 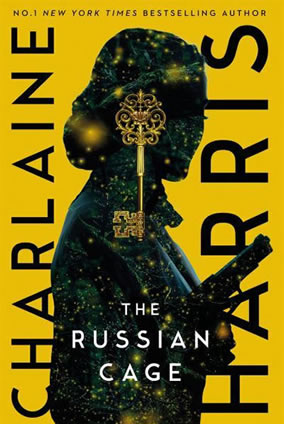 #1 New York Times and USA TODAY bestselling author Charlaine Harris is at her best in this alternate history of the United States where magic is an acknowledged but despised power in this third installment of the Gunnie Rose series.

Picking up right where A Longer Fall left off, this thrilling third installment follows Lizbeth Rose as she takes on one of her most dangerous missions yet: rescuing her estranged partner, Prince Eli, from the Holy Russian Empire. Once in San Diego, Lizbeth is going to have to rely upon her sister Felicia, and her growing Grigori powers to navigate her way through this strange new world of royalty and deception in order to get Eli freed from jail where he’s being held for murder.

Russian Cage continues to ramp up the momentum with more of everything Harris’ readers adore her for with romance, intrigue, and a deep dive into the mysterious Holy Russian Empire. 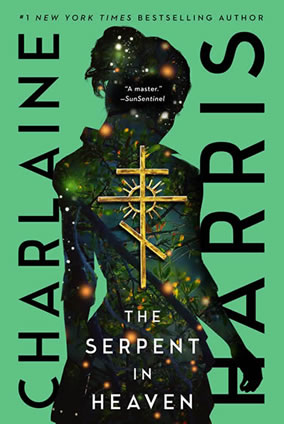 The Serpent in Heaven

#1 New York Times and USA TODAY bestselling author Charlaine Harris returns to her alternate history of the United States where magic is an acknowledged but despised power in this fourth installment of the Gunnie Rose series.

Felicia, Lizbeth Rose’s half-sister and a student at the Grigori Rasputin school in San Diego—capital of the Holy Russian Empire—is caught between her own secrets and powerful family struggles. As a granddaughter of Rasputin, she provides an essential service to the hemophiliac Tsar Alexei, providing him the blood transfusions that keep him alive. Felicia is treated like a nonentity at the bedside of the tsar, and at the school she’s seen as a charity case with no magical ability. But when Felicia is snatched outside the school, the facts of her heritage begin to surface. Felicia turns out to be far more than the Russian-Mexican Lizbeth rescued. As Felicia’s history unravels and her true abilities become known, she becomes under attack from all directions. Only her courage will keep her alive.