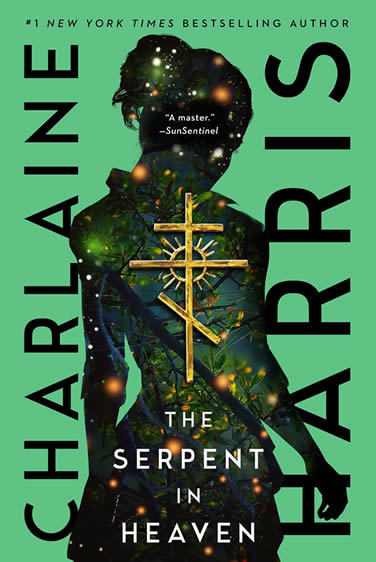 Spellmaker is the sequel to Charlie N. Holmbert’s Spellbreaker, and it’s just as good. Elsie Camden, who can break spells but is an illegal magician, is on the trail of a murdering magic practitioner. If she catches the culprit, she’ll be revealed as illegal, and the penalty will be terrible. How to reveal the murderer, become established as a legal practitioner, and keep up her artificial engagement to Baccus Kelsey, are among the many problems Elsie has to solve in the engaging book.

Delloria Wells is a con artist, sometime thief, and not completely legit fire witch. She’s behind on her rent, too. So when she gets an offer to protect a lady from magical interference in the period before the lady’s marriage, Delloria is anxious to accept. It’s money for nothing, she figures. But the chances of keeping the lady alive decrease sharply, and Delloria and her fellow bodyguards have to work hard to keep their end of the bargain and earn their money. The Ruthless Lady’s Guide to Wizardry is touching and charming and really good.

Charlotte Armstrong’s The Chocolate Cobweb was published in 1948, and it’s very much a product of its time. And it has a dreadful title. But it’s also well worth reading. Budding artist Amanda Garth finds she was switched at birth – for a few hours – with the baby of a famous artist. What if she’s really his child? Amanda is invited to join his household and discovers that someone is trying to kill the great man . . . someone in that house.

I ready everything of Jeaniene Frost’s, and though her creation Ian is not my favorite from her pantheon of memorable characters, I will not skip a book. Ian and lover Veritas are put through the wringer when Phanes, Veritas’s former fiancé, makes her an offer she can’t refuse. Through trials and tribulations, the couple reunites.

Ten-Word Tragedies, an anthology of stories edited by Chris Golden and Tim Lebbon, has a unique them. It consists of 19 stories based on one song by Frank Turner. “But who is Frank Turner?” you ask. I have to respond, “I have no idea.” But these are very good stories! I had a blast reading it.

Death Grip is Elaine Viets’ latest Angela Richman novel. Angela is a widow and a death investigator in a wealthy neighborhood in the St. Louis area. Angela is becoming stronger after her own health ordeal, and is hopeful about the beginning of a new relationship. But professionally, Angela is challenged by the death of Terri Gibbons, a local track star. Terri has been missing for months. Why has her body just turned up? How far will the wealthy residents of Chouteau Forest go to conceal the wickedness of one of their own?

Richard Osman’s The Thursday Club Murder is coincidentally the second or third book about senior-citizen detectives I’ve chanced upon. Set in an English retirement/nursing home community, it’s an engrossing commentary on what it means to grow old and be out of the running in life’s enterprises. I really enjoyed this book, with its many twists and turns.

The third book I’ve read about the Dyatlov Pass mystery, Don’t Go There, pooh-poohs one theory I read in another book and advances another discarded by the other writer. No matter which conclusion you find credible, we are not likely to ever know what caused the deaths of an entire party of student hikers in a remote region of the Soviet Union. I’m adding it to my list of unknowable things, like the true identity of Jack the Ripper, the guilty or innocence of Lizzie Borden, and other mysterious murderers.

The Final Girl Support Group, Grady Hendrix’s wonderful novel, has a great premise: what if all the final girls — the survivors of famous serial killers — were in a support group?  And what if one of them suddenly didn’t show up? All of them live in terror. Now, presumably, one of them has been killed by the murderer-resurrected-from-the-dead they all fear more than anything. How would these survivors hold up? What would they do? You’ll be engrossed by this book until the end.

The world is opening up again. I’m excited, but this is a little scary, huh? I’ll be going to church without a mask this Sunday. Of course, I’ve been vaccinated and so have other members, but this still feels risky. I could wear my mask if I wanted. But wouldn’t it be nice to have glasses that don’t fog up when I sing?

My husband plans to board an airplane soon. I’m not quite there yet.

There are other, more tangible, side effects of the great pandemic. Have you tried to order a major appliance, an office machine, or piece of furniture? Good luck with that! Have you tried to arrange for a rental car? Or scrounged around for a handyman who could come do a little minor work on your house?

All very difficult these days.

I wonder if life will ever revert to the way it was before COVID-19. I’m not throwing my masks away, for sure. I’m always doing to be a little anxious in a crowd. I’m never going to be as comfortable hugging a stranger or touching the same pen other people have used at the bank.

Do you feel this way, too?