It’s strictly a coincidence that all three books begin with the letter “S” this time, and that they’re all by woman I know and respect. Before this begins to feel like a lovefest, let me give you some background: I stopped reading three books between now and the last B&B because I just got bored. So these are the three that made the cut, in more ways than one.

Many of you know that Dana Cameron is one of my best friends, and you won’t be surprised that I’m telling you her book is fresh and fascinating. Dana has a wide range of writing skills – she’s won so many short story awards it’s not even funny, and those short stories have been about many different things. Seven Kinds of Hellhad its birth in one of those short stories. In Dana’s world, the Fangborn (a group including vampires, werewolves, and oracles) are dedicated to saving humanity. Her heroine, Zoe Miller, is an archaeologist, like Dana herself; but unlike Dana (to the best of my knowledge), Zoe is a werewolf dealing with a kidnapping. Funny, clever, and absolutely spellbinding, Seven Kinds of Hell should be on your shelves if you love urban fantasy.

Tanya Huff’s three Keeper book have been reissued in one volume (Summon the Keeper, The Second Summoning, Long Hot Summoning), and I had to celebrate by rereading Summon the Keeper. It’s been one of my favorite reads for a long, long time. Austin the talking cat accompanies Claire Hansen, a Keeper (responsible for mending supernatural holes, among other things), when she’s Summoned to a dilapidated rooming house. The bright side is the housekeeper is a hunky Newfoundland kid named Dean. The dark side is the sleeping woman in Room Six, who’s been asleep for sixty years and needs dusting, and the hellmouth in the basement.

Slashback is one of Rob Thurman’s Cal and Niko books, and I never miss one of those. The best feature of this entry in the series is the flashbacks to the half-brothers when they were much younger, which give a great deal of depth to the characters. You won’t want to miss this one.

“Memories . . . misty water-colored memories . . .” Except, in my case, totally forgotten memories. This has been a season for utterly forgetting things I really need to remember. This week I made elaborate arrangements with an old friend to meet her for breakfast while I was on the road . . . except I gave her the wrong date. No matter how many times you apologize, it’s hard to overlook the fact that my memory is not very reliable. I spent a few minutes this week puzzling over a sticky note I’d put on my computer which read, “Interview Plumber.” That was a puzzler, until I realized I’d meant two separate events. I had an interview by phone with Entertainment Weekly that day, and the emergency plumber was supposed to come to repair the upstairs shower.

I don’t know much about plumbing but I just want to get it all sorted as soon as possible. We have had a few issues with our plumbing recently so I am hoping that the plumbers will be able to sort everything out for us. Some friends of ours have told us that they have just had their pipes lined with epoxy so I might have to see if our plumber offers a similar service. Apparently epoxy pipe lining can help restore the water flow of your piping systems without tearing out your walls and fixtures. This is definitely something that we would consider as we are trying to save money at the moment and could do without the cost and the exhaustion of removing and replacing our existing pipes. If we keep having issues with the shower, then I think a quick online trip to www.glassshowerdirect.com may do the trick, especially if the plumber comes back and says we have to get everything changed. Wish me luck! 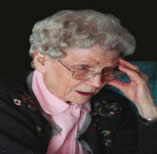 Also this week, my friend Toni said, “Chris said you told him about your next project.” I had no memory whatsoever of this conversation I’d had with Chris, but when I thought it over, it seemed highly unlikely that Chris had read my mind over the telephone, and much more likely that I had, in fact, told him about the project. So I’m going with that.

I’m trying to think of excuses for this forgetfulness; that is, I’m trying to believe very earnestly that it doesn’t have anything to do with the past birthday, which put me around the bend of 60 and over into 61. I told myself that I was extremely busy and had a lot of different projects on my plate, which is absolutely true. I told myself that the upcoming few weeks, also jam-full of this and that, are distracting me. I reminded myself (hah!) that I’d been working hard, though not on what I’d planned to be doing. I’ve always given myself a comfortable shrug when I forget people I met five years ago (or two days ago) because I meet about 3,000 people a year, and I’m not going to remember them no matter how charming they are. But conversations and obligations? I’d been keeping up with those pretty well, until recently. And I have to also add that this hasn’t spilled over into my work. I keep pretty well on track with that.

I’m going to fight back. I’m going to take more notes, and I’m never going to commit to anything without looking at the calendar and determining the date. I’m also going to enter things on my calendar instead of relying on sticky notes.