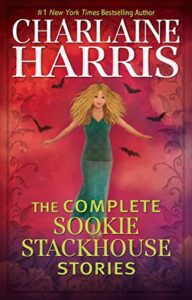 Some of the Sookie-verse characters and their associated backstories appear in short stories. Here are some guidelines for finding out more….